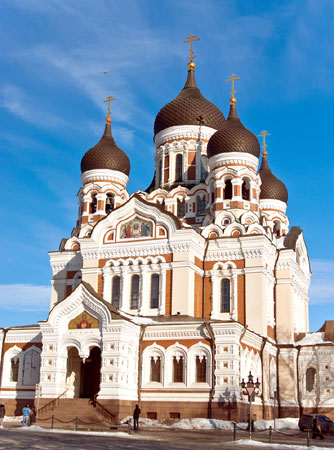 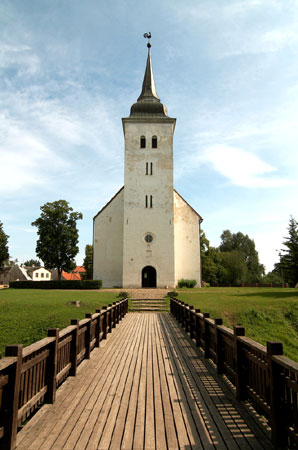 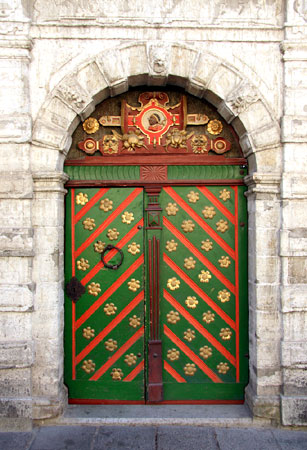 An ornate door is pictured in Tallinn.

Religions of the Country

The largest religion in Estonia is Christianity, which is followed by nearly half the population. About a third of the population is not affiliated with any religious group. Ten percent of citizens are members of other religions such as Buddhism, Hinduism, and Islam. Another 10 percent follow indigenous Estonian beliefs, including the Taara religion. The biggest Christian denominations in Estonia are the Estonian Evangelical Lutheran Church and the Orthodox Church, which includes the Estonian Orthodox Church and Estonian Apostolic Orthodox Church. Other Christian denominations in the country include the Roman Catholics, Old Believers, Baptists, Pentecostals, Methodists, Jehovah’s Witnesses, and Mormons.

One of the basic tenets of Christianity is the belief that the Bible is the revealed word of God written under the inspiration of the Holy Spirit. Most Christian groups are monotheistic, with the belief that the one God is represented in three aspects: the Father, the Son (Jesus Christ), and the Holy Spirit, collectively known as the Holy Trinity. For most Protestants, an individual’s faith in God and study of the Bible are the most important means of salvation. Orthodox Churches and Roman Catholics, however, also consider Church teachings and sacraments as valid sources of truth and grace.

Traditional Estonian beliefs are closely tied to nature, the seasons, and sacred places. They include ancient Maausk beliefs, sometimes translated as "earth faith." Estonian intellectuals created the Taara religion in the 1920s and 30s as an Estonian religion. While they do not have a large number of faithful adherents, they are uniquely Estonian.

A large percentage of Estonians do not formally belong to any religious organization, and those who do are nominal at best. Most Christians attend church only on Christmas and do not consider themselves to be religious. Only about 15 percent of Estonia’s population believes in God, and about half believe in "some sort of a life-force or spirit." About 26 percent do not believe in God, spirit, or any sort of life force. Participation in religious rites is declining.

The various religious communities in Estonia co-exist peacefully and the country does not experience religiously motivated conflicts.

Estonian society is highly secular and the secularization process continues to have an impact on religious life. However, there is no organized secular movement, as such, in the country.

Popular Estonian folklore holds that frogs (or toads) and snakes are manifestations of the devil. This has led to the belief that killing these animals is a pious act, which will result in the forgiveness of a certain number of sins. The saying goes like this: "He who kills a viper will be forgiven the sins of one day, but He who kills a toad will be forgiven the sins of nine days."

Religious clerics do not possess great authority over the general public. Most Estonians feel the need for a religious cleric only when there are religious rituals to be performed. Since a majority of Estonians devotes little or no time to religion, clerics are influential only with the minority who attend services regularly. Religious clerics, however, are respected for the work they do.

Religious clerics of most Christian denominations are required to undergo some form of religious schooling before they are eligible for ordination as priests. Estonia is home to the Tartu Baptist Seminary and the Baltic Methodist Theological Seminary, where aspiring ministers can obtain their theological education.

Religious clerics are not regulated by the state. While the general clergy is not paid by the state, military chaplains are an exemption and receive their salaries from the government.

Religion plays a minor role in the lives of most Estonians. However, the curriculum in public schools contains some basic religious teaching. The country’s laws also stipulate that a school is obliged to provide a course on religious studies, if it is requested by a minimum of fifteen students. Religious studies are also available as electives in public as well as private schools.

Estonians celebrate the Joulud, (a pre-Christian word used for Christmas) as the winter solstice between December 21 and 25. In pre-Christian days, according to tradition, "the sun was laying in the nest" on December 25, which was celebrated as Sun’s birthday.

The Estonian government guarantees the right of religious freedom in the Constitution. The government is not formally aligned with a religion or religious group and has no official state church.

The government is neither anti-religious nor controlling. There is a clear separation between the church and the state, and the country’s laws do not reflect any religion. Two laws, the Churches and Congregations Act and the Non-Profit Associations and Unions Act, are used to regulate the activities of religious groups. The laws make provisions for military personnel and prisoners to practice their respective religions. The government also proactively promotes religious tolerance and anti-bias teachings.

The government does not persecute outside religions, although religious groups are required to submit copies of their charters and statutes to register with the city courts. Foreign missionaries and religious groups are allowed to practice their religious beliefs without harassment. Religious proselytizing is allowed and there are no laws against this practice.

The possession and display of all religious items and materials is legal. However, the deliberate display of items or materials that incite hatred among religious communities, or are considered offensive by another religious group, is a punishable offense.

Foreigners are permitted to participate in the country’s religious rituals and activities.

Tolerance towards other religions is high in Estonia. There have been instances of churches being vandalized, Christian cemeteries desecrated, and arson against church property. There are also incidents of people attempting to incite hatred against certain religious groups, particularly the Jews, by publishing literature and posting comments on the Internet. However, there are no inter-religious conflicts between the country’s dominant religion and other minority religious groups. Foreign missionaries and evangelical groups are not subject to hostility or adverse reactions from the general public. Proselytizing is culturally accepted.